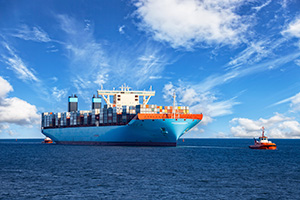 Admiralty, or maritime law, is the branch of the legal system dealing with maritime, or nautical, litigation and offenses. Attorney Dennis W. Potts is your Hawai‘i State maritime lawyer. As it deals with the sea, certain international precepts may be taken into consideration when assessing liability and damages concerning vessels from around the world. Multiple private and commercial maritime activities are regulated under this branch, including the transportation of both goods and passengers, sea travel, and salvaging. Choosing our Honolulu maritime law attorney will help you in these challenges.

Property lost at sea and subsequently recovered by another entity is considered “salvaged.” There are a variety of laws regarding the salvage of possessions from the ocean, and most fall into one of two categories.

In the United States, jurisdiction over maritime matters falls to either the state or federal court system. Federal jurisdiction spans to include ship owner liability, at-sea arrests, property apprehension, salvage cases, and possessive actions. States, however, have jurisdiction over a myriad of maritime matters. Personal injuries, damage to cargo, nautical product liability, and boating accidents or collisions can be brought in front of a state court through a Honolulu maritime law attorney.

The loss of or damage that befalls goods transported by ship is typically the responsibility of the shipowner. There are, however, certain exceptions that leave the shipowner without liability for property loss. These include acts of God, damage or loss caused by the nature of the goods themselves, mismanagement of the ship, and navigational errors.

Let Dennis Potts Be Your Maritime Lawyer at Sea

Those injured aboard a ship can generally expect care from the ship’s crew and owners. If an injury occurred due to the faulty actions of someone employed by the ship, that person and the ship’s owner may be liable for damages and compensation. It is the ship owner’s responsibility to keep the passenger safe and cared for until the voyage ends, at which point the passenger is responsible for his or her own treatment.

To understand your rights regarding admiralty and maritime law, contact the Law Office of Dennis W. Potts at (808) 537-4575. Located in Honolulu, our Honolulu maritime law attorney can explain and help you understand the complexity of maritime law.