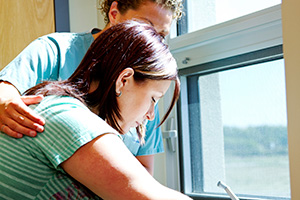 Medical malpractice involving the birth of a child can be very complex. If you think you and your child are victims of birthing malpractice, you should speak with a skilled attorney like Dennis W. Potts regarding your birth malpractice to investigate medical negligence. Situations that result in birth malpractice include:

In each of these instances, there are complex regulations and laws governing whether damages are owed to the affected patients, which are often extensive.

Injury to the mother can include, but is not limited to, the failure to control blood loss during the delivery process or an insufficient amount of examination preceding the birth, and can give reasonable cause to file a malpractice birth claim. Careless behavior on the part of the physician resulting in harm during the pregnancy can also be deemed a birth malpractice case, as can the emotional injury both parents suffer due to the injury or loss of a child during pregnancy and birth. Retaining a Honolulu birth injury attorney can give you peace of mind during this time.

Injury to the Infant

An injury to an infant as a result of the negligence of a doctor before, during, or after the birth can also constitute a medical malpractice claim. Failure to properly monitor the infant’s oxygen levels before, during, and directly following the birth are examples of this. The parents, in cases of infant injury, can file a claim on behalf of their newborn. The damages awarded often cover the costs of physical and mental pain and suffering, excess medical bills, and loss of emotional enjoyment.

If a pregnancy was deliberately being avoided by parents with the help of a physician through a variety of methods, but a pregnancy occurs in spite of these efforts, the parents may have a claim for wrongful pregnancy. When the methods used to avoid or terminate a pregnancy, such as a vasectomy, abortion, or hormonal interference, are ineffective due to negligence on the part of the physician, that doctor may be liable for this medical malpractice and the damages resulting from improper treatment.

Generally, when a wrongful pregnancy suit occurs, the child was born healthy and the mother suffered no physical harm; however, the parents can still be entitled through the Law Offices of Dennis W. Potts to damages meant to cover lost wages and potential pain and suffering.

A wrongful birth generally refers to a case where birth defects that, if the parents were informed properly of their scope, may have influenced their decision as to whether or not they should carry the baby to term or conceive in the first place. Often, these claims are based on poor genetic testing conducted prior to conception. Genetic tests can often predict the basic risk of many birth defects, and the incompetent completion of them can lead to misinformation and damage to the entire family. Failure to detect mental or physical defects during the early phases of pregnancy when termination may have been an option is another factor that could merit this type of suit.

The typical damages awarded in a wrongful birth suit include costs accrued as a result of the child’s disorder, medical fees, and extra education or therapy deemed medically necessary. In some cases, the parents may also be entitled to compensation to alleviate emotional pain arising from the birth and/or raising of the sick child.

How Our Honolulu Birth Injury Attorney Can Help

Determining negligence and liability can be a complicated process. This is why it is beneficial to have a knowledgeable advocate in Hawai‘i on your side. For assistance with your claim and to find out what compensation may be possible in your case, contact a Honolulu birth injury attorney today at (808) 537-4575.