What is no-fault insurance? 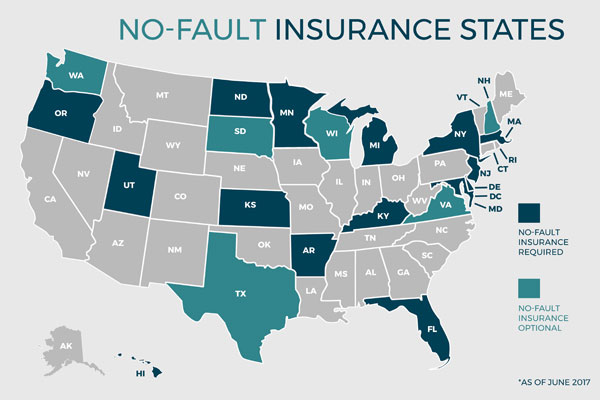 No-fault insurance, otherwise referred to as personal injury protection (PIP) insurance, is insurance for the injured party in an automobile accident that pays that person’s medical expenses up to the policy limits, which must be at least $10,000 under Hawaii law.  No-fault insurance coverage pays these expenses regardless of who was legally responsible for causing the accident.  No-fault applies only to state laws that provide for the payment of no-fault first-party benefits as well as restrict the right to sue for certain other damages, also known as the “limited tort” coverage.

What is the history behind no-fault insurance?

No-fault coverage grew out of the increasing number of cases being brought to court after car accidents.  At the start of the 1970s, many states began to pass no-fault insurance laws initially to reduce car insurance rates, increase fairness of reimbursement, and reduce the cases filed in courts.

What does no-fault insurance cover?

Along with 15 other states, no-fault insurance is required in Hawaii, meaning that it is mandatory to purchase at least the minimum limits of no-fault insurance coverage set by the state.  Additional coverage may be purchased to increase the amount that will be paid by an insurer.  No-fault coverage can be purchased to cover lost wages as well as funeral and burial expenses.  It will not pay for vehicle or other property damage or medical expenses that exceed coverage limits.

When do I have a bodily injury claim?

Under current Hawaii law, motorists may sue to recover damages for pain, suffering, and emotional distress only if the no-fault benefits paid exceed $5,000.  Only then can a person file a lawsuit in court against the at-fault driver, which is known as a bodily injury claim.  Additionally, if the injured party has suffered significant permanent loss of use of a body part or function, or permanent and serious disfigurement resulting in mental or emotional distress, a bodily claim may also be filed against the at-fault driver.

If you or a loved one have been in a motor vehicle accident due to the negligence of another driver, give the Honolulu Car Accident Attorneys at the Law Office of Dennis W. Potts a call at (808) 537-4575 for a free consultation.  Our phone lines are open 24/7.