What is Dram Shop? 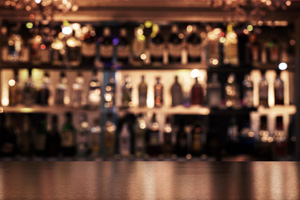 In Hawaii, owners of any bar or business that sell alcohol can be liable for damages for injuries caused by their intoxicated patrons. This is called a “dram shop” liability, named after the teaspoons of gin, or “drams”, that were illegally served by 18th-century shops in England.

Where Did Dram Shop Come From?

Originally, under common law, an injured third party could not recover against an alcohol vendor for damages suffered as a result of the patron’s intoxication. However, in the 70’s states began
to adopt dram shop like statutes permitting injured third parties to seek compensation from the liquor supplier.

When Do You Have a Dram Shop Claim?

Under Hawaii Revised Statutes section 281-78, vendors who are licensed to sell alcohol in
Hawaii may not sell it to:

Dram shop claims are based on the violation of the state’s liquor control laws. The Hawaii Supreme Court first recognized dram shop liability in Ono v. Applegate (1980), where it ruled that a dram shop claim could be filed against an alcohol vendor who served alcohol to anyone in violation of section 281-78. Currently, dram shop law in Hawaii does not extend to social hosts, unless they are found to have knowingly served alcohol to a minor. Hawaii’s Statute of Limitations require dram shop claims be made within two years of the date of injury. If the claim is not filed within this time frame, it will be barred from filing it in court.

How We Can Help

If you or a loved one have suffered injuries caused by a drunk driver, contact the Honolulu dram shop attorneys at the Law Office of Dennis W. Potts today, and get a free consultation.